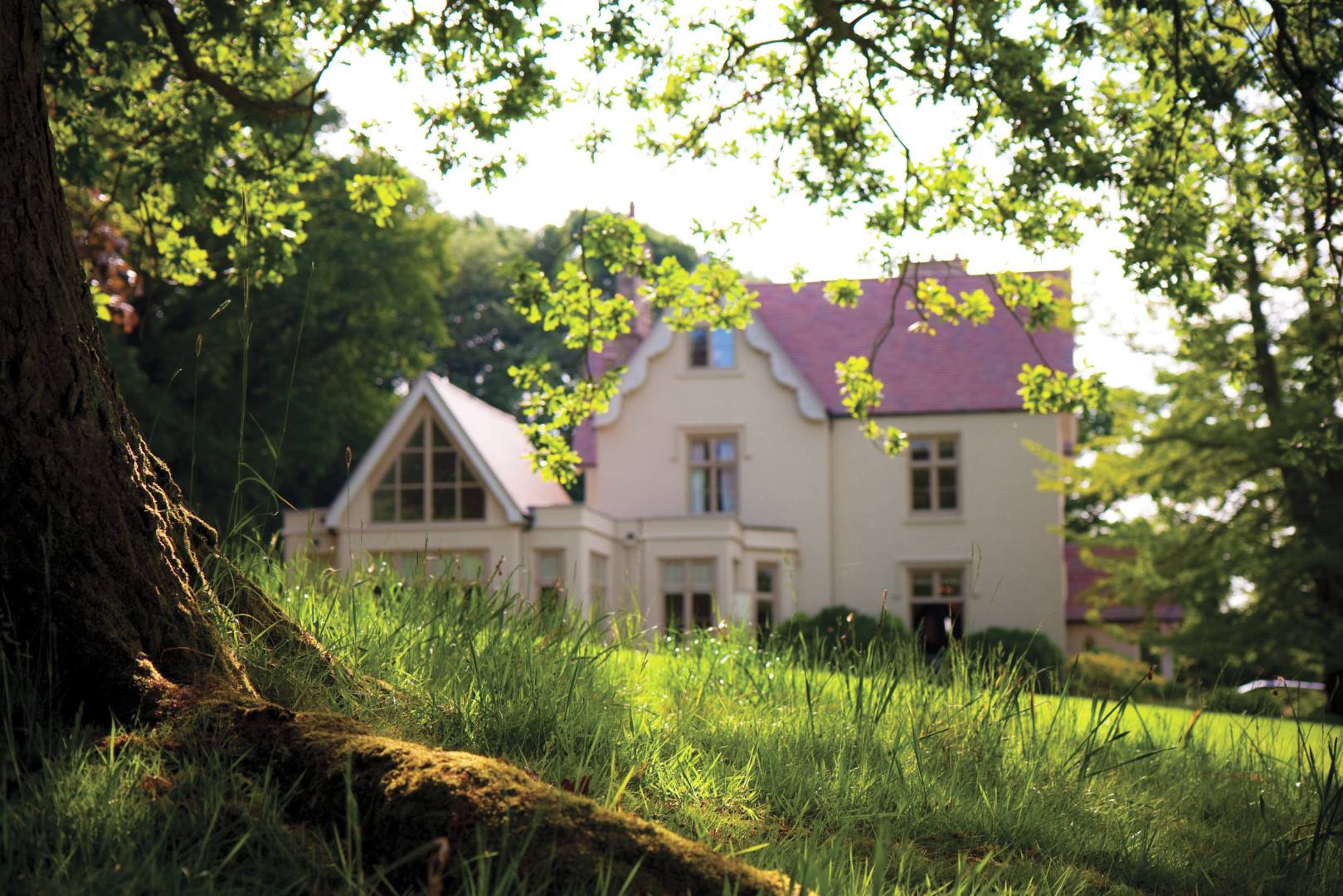 Milsom Hotels 26th November 2015
0 Shares Share
0
Maison Talbooth, News No Comments
This content is more than 12 months old may contain outdated prices or other information. For latest pricing and availability, please contact us.

There’s no doubt about it, Mercedes’ AMG GT S is turning heads, but we hear it’s not just a pretty face

With this kind of car review, it is customary to set off at once for the remotest corners of this island – far better to stretch out hundreds of horsepower in peace (not quiet, though) and avoid traffic jams, speed cameras, motorways and other such automotive drudgery.

At the weekend I picked up the Mercedes AMG GT S in central London, but we were hamstrung by various family and work commitments which meant absconding too far would be impossible. So my mission became thus: find bucolic calm within touching distance of our congested capital.

First stop was the Chilterns. After beetling down the M4 to Reading, we headed for Goring and Streatley. Over a superb lunch at the Miller of Mansfield, we reflected on first impressions.

It’s a head-turner. Descended from the SLS, it actually has a shorter bonnet than its predecessor, but that’s like saying Gérard Depardieu has a slightly smaller nose than Barry Manilow. From the sunken driving position, it can feel like manoeuvring a small boat at low speed. The tapered rear end isn’t unanimously loved, but I think it’s striking, and that front grille has real menace. It may not be as beautiful as the Jaguar F-Type overall, but it definitely rivals it for presence.

After lunch we headed for our first night’s stay, Hartwell House, on the outskirts of Aylesbury. Dating back to the 11th century, and the former site of the 19th century French monarchy in exile, it rests in 90 acres of rolling grounds with stately grandeur. The GT isn’t a shy beast, but it’s also not so shouty that when you arrive at such a genteel residence, everyone stares. The V8 is capable of gorgeous noises, but it doesn’t bark into life like some I’ve known, and can negotiate speed humps and tight corners without drawing a crowd.

We took gin and tonics on the patio in the evening sun, before enjoying a dinner notable for its slow-cooked lamb shoulder, seared tuna loin and generous cheese trolley. There’s something about charging around in a twin-turbo GT that really engenders big appetites.

And what charging about. This is a louche, lairy car that absolutely loves being pushed. In everyday driving conditions (aka Comfort mode), it’s too stiff a ride for British roads – a wearyingly common complaint, not at all limited to Mercedes – but in Sport Plus mode with the right amount of driver confidence (i.e. far too much), it completely tears up the tarmac. Scarily so. There’s no occasion for Race mode, and, in all honesty, having Sport and Sport Plus is a level of choice too far, but you do need to play with the settings to get to the savage heart of this car.

After a sports massage in the morning to realign my knitted, knotted shoulders, I set out to do it all again. Destination number two was the other side of London: Maison Talbooth on the Suffolk/Essex border.

This meant either M40-M25-A12, or threading a zig-zag path across counties, through Bucks, Beds, Herts and Essex. Guess which we did? The Merc’s sensible sat nav hated it but the variety of driving enabled us to conclude that the GT really thrives on A- rather than B-roads, that the ride isn’t so bad, really – or you get used to it – and that on all the practical metrics like interior quality, luggage space and ‘infotainment’, the AMG GT S scores well, given the kind of car it is. Two tall people with two bags each:  no problem.

Maison Talbooth is perched deep within Dedham Vale – the area bordering the River Stour that John Constable immortalised in his most famous works. If you’re looking for quintessential English countryside within an hour of London, you could hardly want for a more perfect answer. The Maison itself is a young hotel, with modern rooms and a large pool complex that is straight out of the Med. Luckily, the day we arrived, so was the weather.

The hotel takes its name from an ancient toll house on the Stour between county borders, on which site now sits Le Talbooth, the restaurant linked to the hotel. In summer, the sunset-facing riverside seating makes it hugely popular, whether for Sunday night’s regular barbecues or a more formal lunch – both of which were delicious.

In our quest, then, we had succeeded – with minimal effort – in finding countryside to rival any in the UK at a doable distance from our home in the city. But has Mercedes succeeded quite as ably with the AMG GT S?  In coming down from SLS prices, the GT must go toe-to-toe with Porsche, Audi, Jaguar, Aston Martin and others. Without an in-depth comparison, I’ll just say this: anyone considering six figures of fun absolutely must consider this car. We knew Mercs could be capable; this proves they can be full of character, too.

The car the GT S takes the biggest chunks out of, actually, is Merc’s own SL65 AMG (or indeed, all of the SL family). Who in their right mind would pay upwards of £60k more for a car that’s slower to 60mph, slower overall, less fuel efficient and not as good-looking? You might claim the SL’s smoother ride and greater luggage capacity give it the edge as a tourer, but in that case, you should buy the S63 coupé, which is more comfortable and laden with more bells and whistles than a Morris dance troupe.

Indeed, the only things I found myself missing on the GT S were some of Merc’s top-end tricks. In particular, the heads-up display from the S63 would be most welcome when punting the GT S through corners – and the car’s sense of theatre would be enhanced by some of the dynamic interior lighting packages. But I suppose some things must remain exclusive to the luxury flagship.

In any case, it is obvious that the GT represents Merc’s future – stylistically, as shown by the recent GLC coupé – and hopefully philosophically, too. This is the most fun Mercedes has been in years.