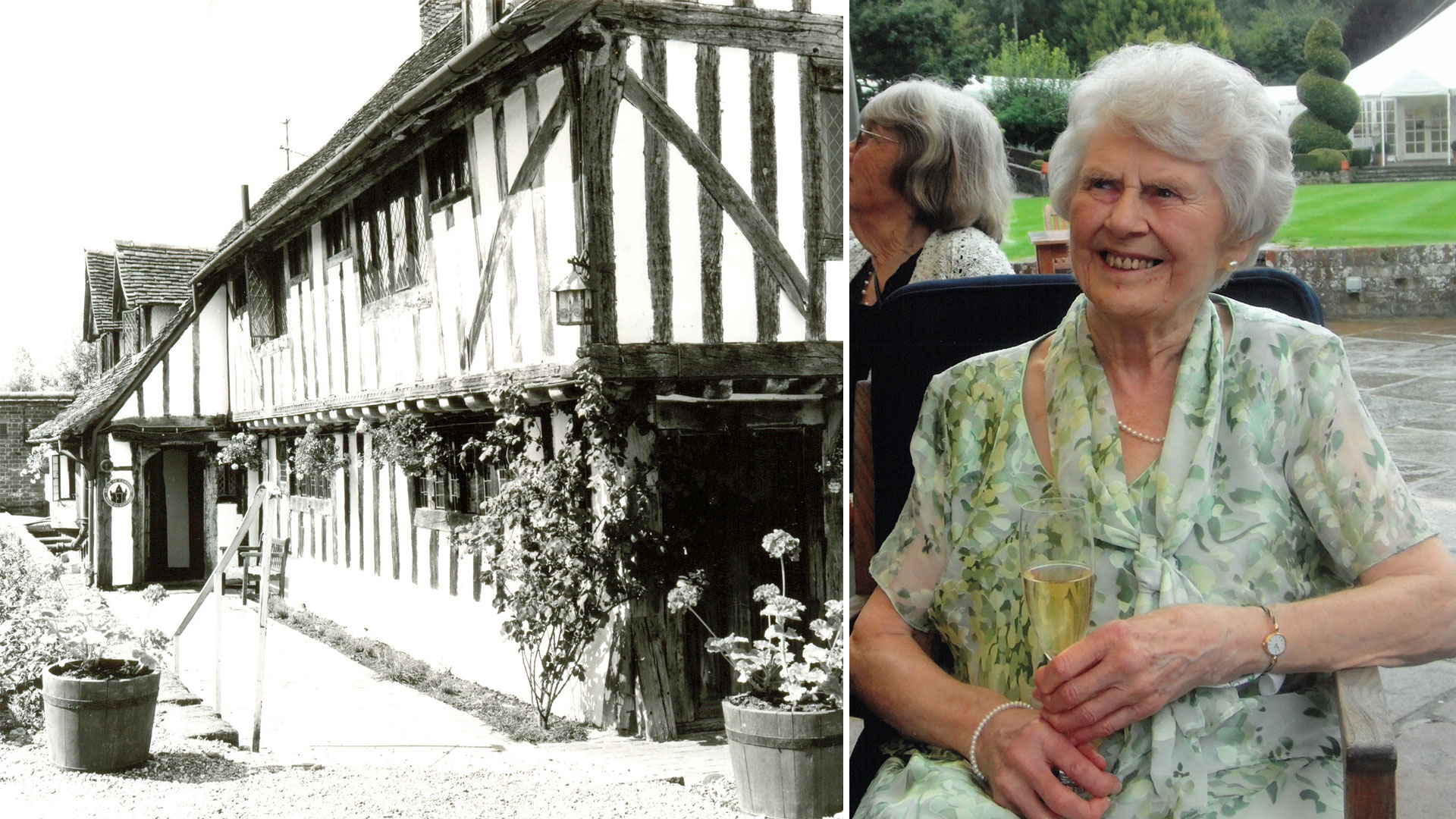 Milsom Hotels 13th December 2017
0 Shares Share
0
Le Talbooth, News No Comments
This content is more than 12 months old may contain outdated prices or other information. For latest pricing and availability, please contact us.

The Milsom family are sad to announce that Heather Chambers died on Sunday 10th December at the age of 93.

Heather Chambers started the Milsom family business with her brother, the late Gerald Milsom and their parents in 1952 when Le Talbooth in Dedham was a tea room. In the very early days she was the only full time member of staff and lived in the property with her elderly aunt who acted as a chaperone.  It was not thought fitting for a young girl of 27 to be running a business on her own!  Arthur and Dorothy Milsom would come down from London with Gerald each weekend to support her.

Commenting on those early years Paul Milsom said ‘It was a shock to them all when my father Gerald announced that he had given up his job and would now be staying to run Le Talbooth with Heather. She was undoubtedly pleased that she would now get some help, but the other half knew that she would soon be taking instructions from her bossy younger brother!  Heather now got days off but quite often Gerald would ask if she was doing anything.  If she said no he would say “oh good that means you can work, as I need to go to London with Richard Wheeler” (his great friend and wine merchant)’

In 1956 she married and shortly afterwards left the business to open a hotel in Claire with her husband. After she divorced in 1966 and that business was sold she returned to Dedham to help her parents who by then owned the Dedham Vale Hotel (now milsoms).  Gerald Milsom meanwhile was in sole charge of Le Talbooth having acquired it from his parents in the early sixties. (He subsequently bought Maison Talbooth in 1969 and The Pier in 1978).  During the late sixties and seventies there was a healthy rivalry between the two companies, although of course the style of operation was very different.  Gerald was chasing Michelin stars and the Luxury Country House Hotel market whereas Heather and her parents continued to look after their regulars and long staying guests. Arthur and Dorothy Milsom retired in 1981 and Heather also decided to call it a day and moved to her lovely cottage opposite Le Talbooth; while Gerald acquired the Dedham Vale Hotel,

She did however continue to work on busy Saturday nights and Sunday lunches helping to take the orders at the new Terrace Restaurant at the Dedham Vale Hotel and many existing customers would remember her in this capacity as she continued until the property was sold to the Royal London in 1994. No one was happier than Heather when the company bought the building back in 2001 and turned it into milsoms.  She was immensely proud that the company she helped start all those years ago had developed in the way it has and that it continues to provide so many great times to customers and staff.  Despite her failing health in recent years, Heather still enjoyed visiting the hotels and restaurants and took a keen interest in the progress of the family business.

She will be greatly missed.

A celebration of Heather’s life will be held at Dedham Parish Church on Friday 29th December at 11.30am.