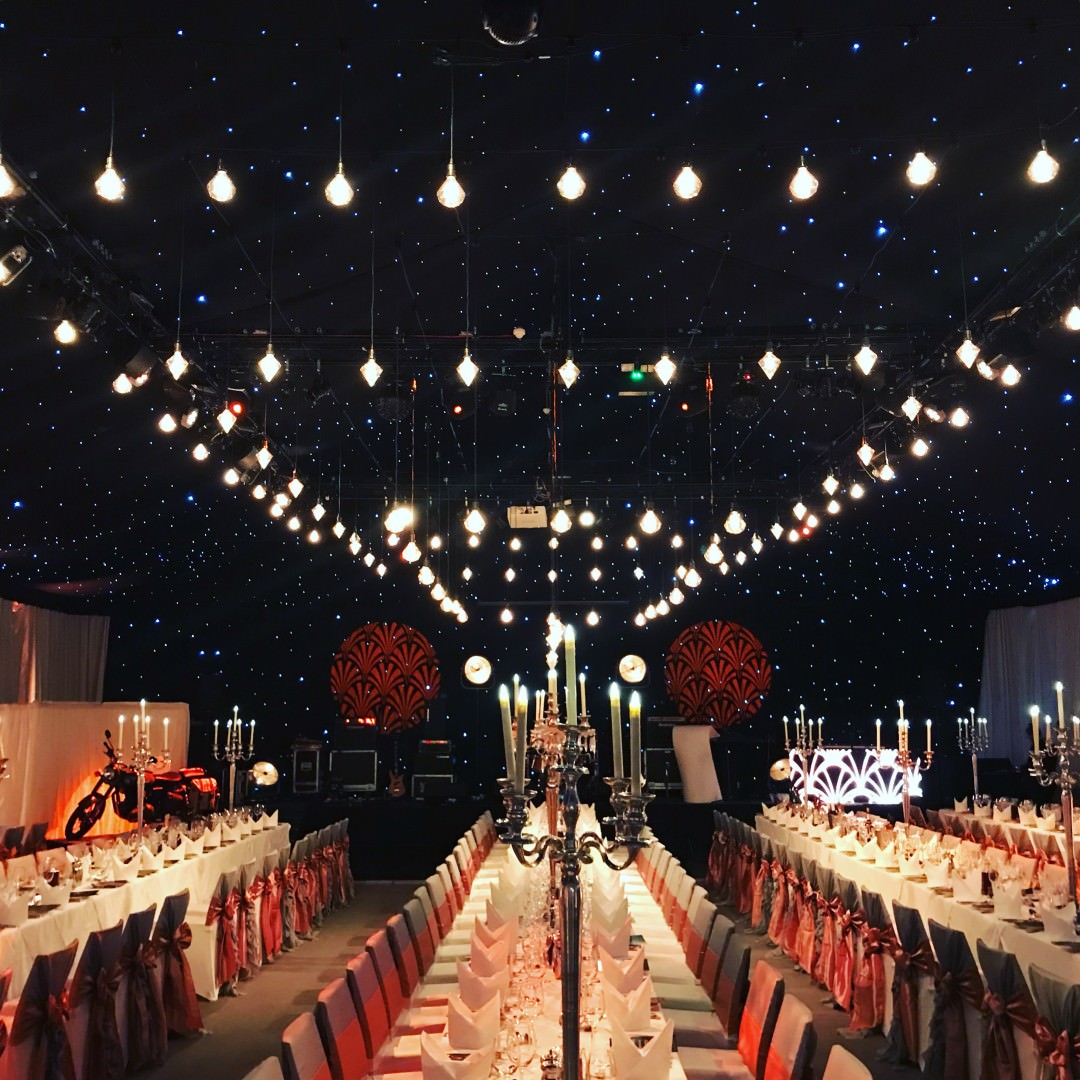 Milsom Hotels 12th December 2018
0 Shares Share
0
Kesgrave Hall, News No Comments
This content is more than 12 months old may contain outdated prices or other information. For latest pricing and availability, please contact us.

The Hangar at Milsoms Kesgrave Hall was transformed into the Downton Abbey Ballroom on Saturday night as 200 guests commemorated the 100th anniversary of the Armistice at a fabulous charity ball raising funds for the ABF The Soldiers’ Charity.

The evening started with a Champagne reception before guests went through into The Hangar which has been dressed for the occasion and captured the spirit of the time. Paul Milsom, managing director of Milsom Hotels, welcomed guests to Kesgrave Hall and asked for a two minute silence at the start of the evening.

During dinner, guests were entertained by the acapella group The Testostertones and the ‘Downton Abbey Dancers’, before a charity auction which included lots such as dinner with Graham Gooch and Michael J Fitch in The Mess at Kesgrave Hall, and a morning’s digger driving with the Hills Group.

However, the star of the auction show was definitely the replica of the Royal Enfield 500 Pegasus 500 motorbike ‘the Flying Flea’, which made an incredible £10,000 to give an amazing boost to the fundraising. After the excitement of the auction, guests took to the dancefloor with entertainment from the Band of the Army Air Corps and Dreamwave Events.

Paul Milsom said: “We promised everyone a night to remember and we certainly delivered it, from the First World War bi-plane from Stow Maries airfield to the magnificent entertainment from The Testostertones, the Downton Abbey Dancers and the band of the Army Air Corps and the amazing transformation of The Hangar by Dreamwave Events.

As a footnote, we were lucky to work with the incredible team at Dreamwave Events, the picture at the head of the post shows the amazing chandelier that transformed the area – here are a few words from them:

Dreamwave Events provided full sound and lighting productions for the Milsom Hotels Armistice Ball at Kesgrave Hall marking the centenary of 100 years.The evening was all in aid of ABF – The Soldiers Charity and a total of £27,000 was raised.

A central and key feature of this 1920’s themed ball was a custom designed Art Deco style chandelier. This bespoke installation included over 100 cut-glass geometric lightbulbs, pendant extensions and festoon belts all suspended and support from rigging and supports.

This stunning three-dimensional lighting design was the creation of head lighting designer Paul Pollard he had this to say “Being given the task to transform The Hangar at Kesgrave Hall into a turn of the century themed ball was a challenge in such a contemporary space. We decided to work on creating this chandelier style lighting feature with cascading lamp pendants at symmetrical spacing and heights to produce a teared decorative look for any angle you view it from.