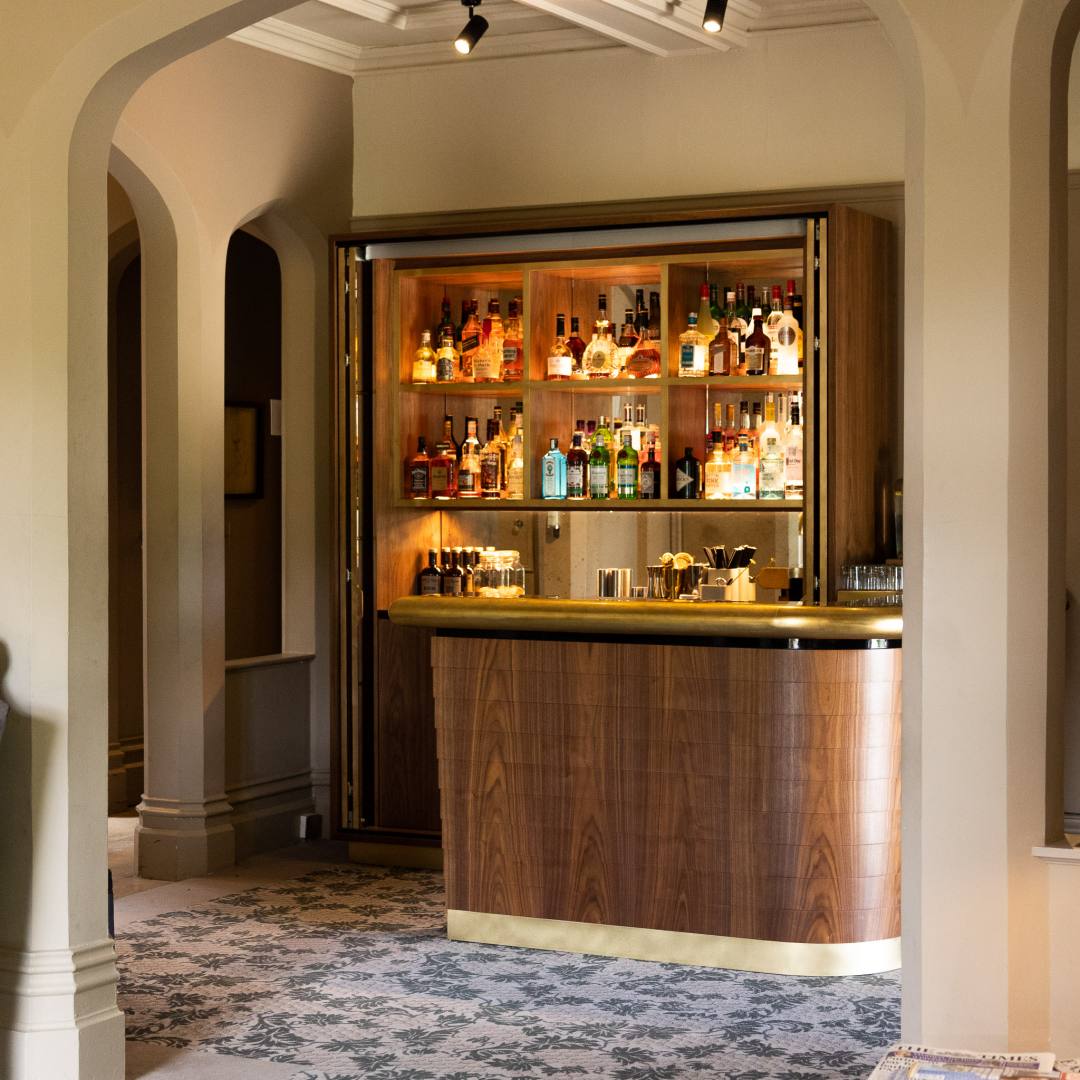 Jack’s bar (so called) now sits centre stage at Talbooth House adjacent to the lounge.  The spot was previously occupied by a Blüthner piano, originally purchased from Harrods by the late Gerald Milsom in the early seventies.

The Blüthner piano had delighted many in previous years with bursts of music from the British Conductor Sir Simon Denis Rattle OM CBE, Nicholas McCarthy the famous one handed concert pianist during his wedding weekend and more recently Matt Cardle as part of our Platinum Festival celebrations.

As loved as the Bluthner was it had quite a large footprint for a twelve bedroom boutique hotel and occupied a spot where the bar could be positioned. Putting a bar in the house had long been a discussion point amongst the Milsom family, always keen for a new project the concept had been ‘parked’ on numerous occasions as the advance diary of bookings meant that wedding and event guests were firmly fixed on using the Bluthner piano as part of their celebrations.

In the main however it had become a glamorous piece of furniture. So during lockdown when the event diary was abruptly cleared, this was an ideal time for the bar to become a reality and the family started to discuss the idea, drawings commenced and measurements drawn up.

Jack Milsom, Paul and Geraldine’s youngest son and grandson of Gerald Milsom was inspired by trendy bars he had seen across the globe and wanted to create something that could incorporate that style with illuminated bottles that would look aesthetically pleasing. From a practical standpoint the bar needed to be multi-functional and convert from a reception desk by day to an attractive and functional bar at night.

Jack’s Bar was built bespoke and on site, following the vision of Jack Milsom and his family, the Benchmark Furniture team based in Hungerford have long been a valued and respected supplier of the Milsom Family and worked with us on numerous projects across the group.

The bar is a reception by day welcoming guests on their arrival and by the evening converts to a beautiful bar and wonderful focal point and location for guests to enjoy a pre dinner drink before being driven in our courtesy car to Talbooth Restaurant.

The bar has been christened by the Milsom Family and a glass or two of Moët & Chandon champagne was enjoyed whilst they reviewed a long awaited but successful transition complete! 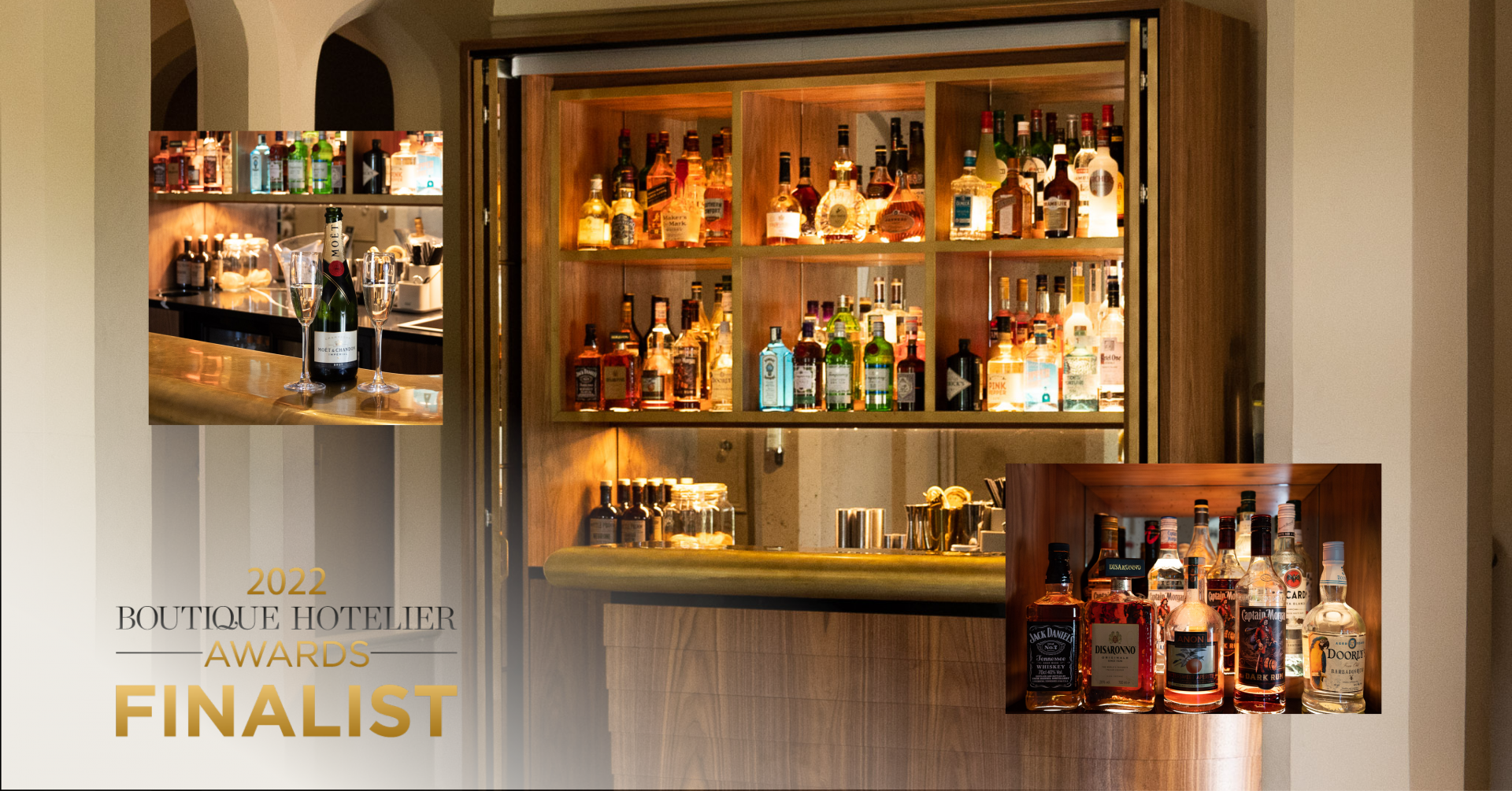