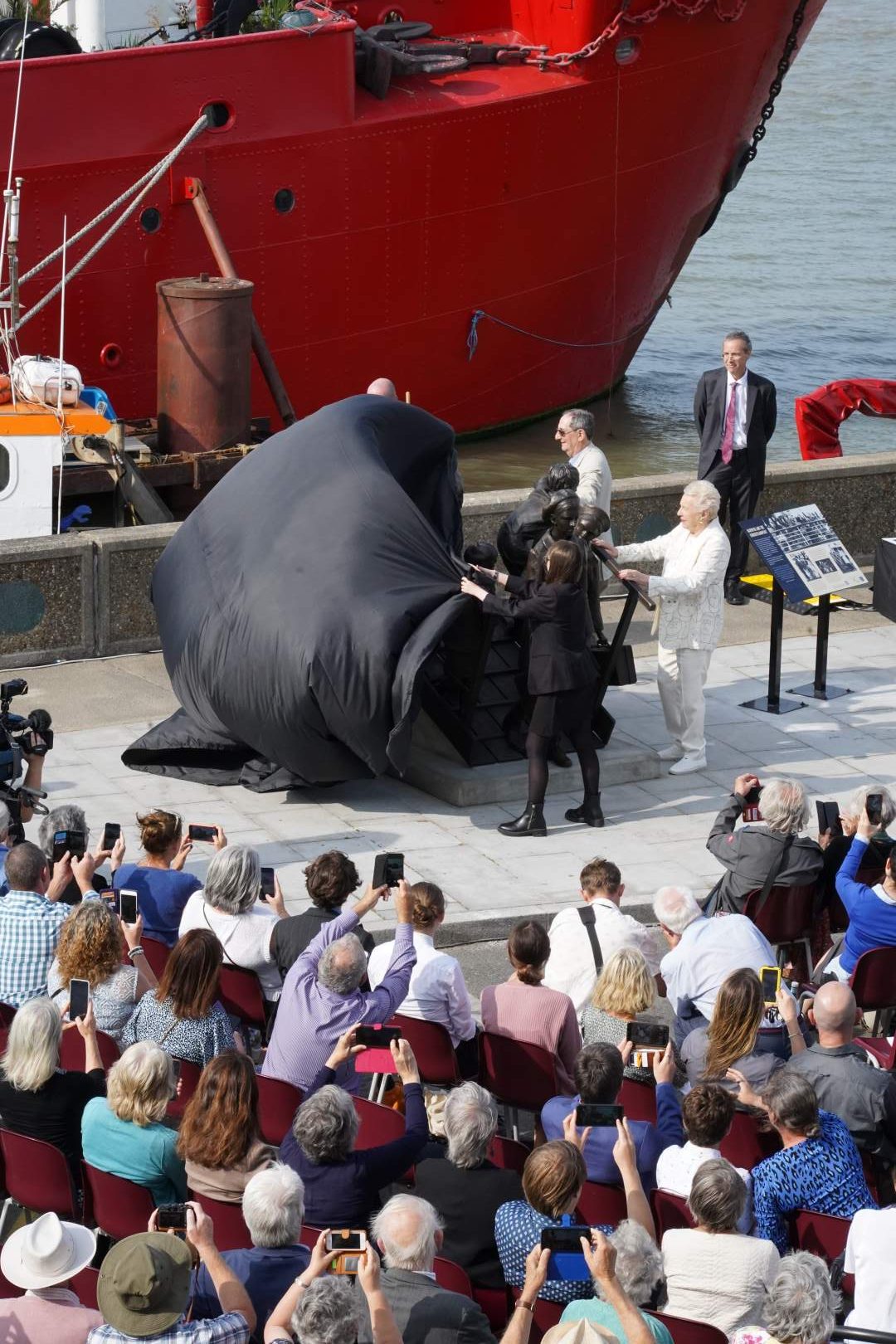 A significant moment in Harwich’s rich history has been memorialised with the unveiling of the new Kindertransport statue on Harwich Quay. This bronze sculpture of five refugees stepping foot off the boat, marks the 10,000 children who arrived in Harwich to escape the tyranny of the Nazi regime in WWII, from Germany and Austria and other territories.

The new statue sits on Harwich Quay, directly opposite The Pier. 7 guest speakers took to the podium to re-tell the significance of Harwich during WWII, the story of the Kindertransport Trust, the consideration and amalgamation of ideas that led to the statues design and welcomed .

Speakers included the German Ambassador to the UK, and Lord Pickles, the UK Special Envoy for post-Holocaust issues.

Unveiled by IT Pioneer and Philanthropist Dame Stephanie Shirley, along with the Head Boy and Head Girl of Harwich and Dovercourt High School was extremely special to witness.

Words from Dame Stephanie Shirley, moments before her unveiling of Safe Haven, told her account of being brought to Harwich on the kindertransport as a very young child, which was deeply inspiring and emotional.

We were proud to be part of the ceremony, welcoming the press to The Pier to interview dignitaries and guests.

“Absolutely fantastic work by all involved to finally get the statue from idea to fruition. Incredible, humbling and emotional to hear the stories of some of those who fled and fantastic to see Harwich being put on the map and getting the recognition for the part it played!” Stephen Robson, General Manager at The Pier